At OrientBell, great minds work together to unlock great possibilities around every corner and at each turn. It’s time to meet our team. 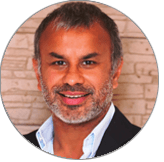 Mr. Madhur DagaManaging Director
Mr. Madhur Daga is the Managing Director of Orient Bell Limited (OBL), one of the leading manufacturers of Ceramic, Vitrified, Wall, Floor and Digital Tiles that cover the entire range of applications for your living and working spaces. An industry veteran, Madhur graduated in 1993 with a BBA degree from the University of Southern California (USC), Los Angeles. After working overseas for a year, he joined OBL (formerly Orient Ceramics and Industries Limited) for a short stint, after which he completed his Post Graduation with a degree in International Corporate Finance from the University of New South Wales (UNSW), Sydney, Australia. Subsequently, he pursued his entrepreneurial skills and set up a software business, which he sold in the year 2005. He then rejoined Orient Ceramics and Industries Limited as the Executive Director, responsible for the overall strategic direction and new product development. Post the acquisition of Bell Ceramics, Madhur was promoted as Joint Managing Director in the year 2013 and although responsible for the overall management of the merged company, in his present role, he spends most of his time leading OBL’s Product Innovation Team, Special Projects & interacting with key customers and stakeholders. In May 2017, Madhur was promoted as Managing Director of OBL. Madhur is a passionate endurance runner who loves keeping himself fit, traveling & listening to all genres of music, especially jazz. As a Vipassana practitioner, his work-life balance is aided by daily mediation & regularly attending Vipassana courses across India.
Read More 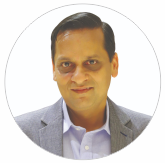 Mr. Aditya GuptaChief Executive Officer
Aditya is an Engineer MBA from IIT Bombay and IIM Bangalore with 30 years of multi- functional experience in industry leading companies like UB Spirits, Bharti Airtel,Reliance Communications & TATA Group. Throughout his career, he has been recognized & awarded for delivering consistent revenue growth and boosting margins through strong leadership, customer obsession and executional excellence. He is a business leader with strong operational experience in Sales and Marketing, having built powerful brands and developed strong Sales structures and operations all over the country. Aditya spent the early part of his career in Sales & Marketing at Shaw Wallace, and moved to the Telecom Industry in 2004 when he joined Bharti Airtel as VP Sales & Marketing. After significant stints at Airtel and Reliance Communications Ltd, Aditya spent 8 years in Senior Business Leadership roles at Tata Teleservices, where he was the Head of their North, West and East Operations, managing P&L & revenue in excess of INR 4,500 CR. Most recently, Aditya was the Chief Business Officer at TATA Power, leading their foray into Greenfield ventures such as renewable energy and electric vehicles. Aditya has always been drawn to competitive sports. He was part of his school & college Tennis, Table Tennis and Basketball teams. Today he is a regular Bridge player and an occasional golfer. His reading interests range from fiction to Indian mythology and technology. Meenakshi, his partner (aka ‘life boss’) for 24 years is a fitness enthusiast and an off and on teaching professional. They have two children; the elder is a Gold medalist from IIT Mumbai currently doing MS in Artificial intelligence at Stanford University. The younger one is in 12th and wants to pursue engineering studies.
Read More 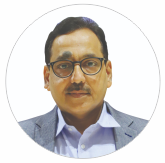 Mr. Anil AgarwalChief Operations Officer
As the manufacturing head at Orient Bell, Mr. Agarwal has 34 years of valuable work experience in the Ceramics Industry. A Bachelor of Engineering from MNIT, Jaipur (erstwhile Malaviya Regional Engineering College) he started his career with Somany Ceramics Limited as a press shop engineer and quickly rose to the rank of Plant Head for the floor tiles division. Thereafter, he joined Vrundavan Ceramics Limited (VCL) in the year 2000 to head erection and start up operations. In the year 2004, Mr. Agarwal decided to join Orient Ceramics, and has been consistently adding value to the organization ever since. He has also played a key role in technical due diligence of Bell and after acquisition has been able to bring drastic improvements in a short span of time.
Read More 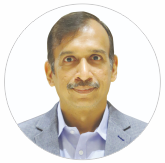 Mr. Alok AgarwalChief Marketing Officer
Alok is a marketing veteran who has built brands across India and abroad, and was recognized as the Digital Marketer of the year (Consumer Packaged Goods Category) by the Internet & Mobile Association of India in 2017. An IIT Bombay & IIM Bangalore alumnus with two decades of experience, he has built brands across the globe, led new product development, evangelized digital marketing, and created shopper marketing solutions for retail outlets. His career has seen him in marketing roles at Unilever, GSK Consumer Healthcare, Saralee, AsiaPac and Ebay India in his early years. In his last assignment at GSK, he was seen using consumer insight and analytics to set brand strategy for mega brands like Horlicks and Sensodyne. He led digital marketing and was the driving force behind award winning campaigns.
Read More 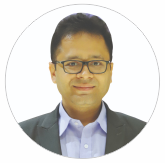 Mr. Himanshu JindalChief Financial Officer
Himanshu is a qualified Chartered Accountant with more than 18 years of multifaceted experience with some of the most formidable corporates across varied sectors. Until recently, he served as the Chief Financial Officer for Den Networks Ltd. prior to which Himanshu was associated with a global building materials company, Heidelberg Cement for a little over a decade spearheading their Corporate Finance, Treasury, Risk Management, Investor Relations, Internal Audits & Controls and Management Reporting verticals for the Indian operations as Vice President Finance. At Heidelberg Cement, he was additionally responsible for Corporate Communications and was part of the Strategy and Business Development team for the region. Apart from Den and Heidelberg Cement, Himanshu has also worked for Industry leaders in Pharmaceuticals (Cipla & Pfizer) and Commodities (Cargill India) sectors in the past. Over the years he has been instrumental in realizing multiple projects in his career ranging from system and process improvements, financing projects, leading M&A transactions and integrations apart from implementing various cost and working capital improvement initiatives.
Read More 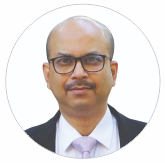 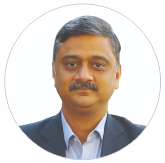 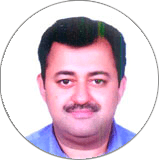