The store will not work correctly in the case when cookies are disabled.

Home BlogsBring Paris To Your Space With These Tile Designs
14 Sep, 2021
Read : 3 Min

Bring Paris To Your Space With These Tile Designs

Paris, the capital city of France, is the most romantic and most importantly, the fashion capital of the world. Not just in the sartorial sense, in a way, Paris has its influence on almost everything – food, monuments, infrastructure, and even the rivers (Seine) scream romance and fashion! The monuments and structures in and around the French capital symbolise the culture and heritage of the country that comes out beautifully in many aspects. To experience the Parisian royalty and the rich heritage, you need not necessarily go to the ‘City of Love’ to experience it, you can do that right at your home. The Double Charge tiles in Orientbell Tiles’ Paris series is a fusion of art, culture, and durability. As the name suggests, the tiles are infused together with two layers – the upper one thicker than most standard tiles for heavier traffic and the vitrified base body underneath gives sufficient support to hold the design layer. Upgrade your tiles as per the famous heritage sites and places of Paris, here’s how.

The Basilica of The Sacred Heart of Paris, Sacré-Cœur, is a Roman Catholic church located at the summit of butte Montmartre – the highest point of the city. In Orientbell Tiles’s Paris series, the Paris Bianco is inspired by the famous site. The pristine hues of Sacré-Cœur are imbibed in the tiles that are so minimalistic and fulfilling, you would want to turn your entire home into fifty shades of white and its own version of the sacred sanctuary!

The Great Dune of Pilat-inspired

The tallest sand dune in Europe, The Great Dune of Pilat can easily transition into your house without making much of a sandy mess! It attracts more than a million visitors every year, but with Orientbell Tiles’s Paris Sandune Chips, you can bring the attraction right to your doorsteps. The sandpaper-like details on the tiles give you a rugged yet polished look fitting absolutely well into your kitchen flooring.

The Palace of Versailles-inspired

Have you even been to France if you haven’t visited the Palace of Versailles? It’s the iconic heritage, the royal residence of French royalty that was constructed in 1661! It eventually became a symbol of the absolute monarchy system but it can become a symbol of art and subtle history at your home. Orientbell Tiles’s Paris Almond is an ode to the beautiful structure and brings the colour element in the tiles – almond beige. The golden hues to it gives it a more royal touch making it perfect for places where you essentially entertain people and socialise – living room, family room or commercial spaces like restaurant floorings.

You can't say France and Paris without uttering or thinking about the globally-regarded symbol of love – the Eiffel Tower. How romantic would it be if you could have that ambience around you right at your home? Paris Cherry gives you that exact feeling of being around this wonder of the world with its cherry-toned tiles. The cultural icon that the tower is, you can imbue the element at your humble abode as well! The cherry-hued tiles would sync in quite seamlessly on kitchen islands, backsplashes, and even in the balcony lounge area for that subtle and warm sense of calm.

The Paris Crema tiles in Orientbell Tiles’s Paris series symbolises the iconic Arc de Triomphe monument that honours those who fought the French Revolution and Napoleonic Wars and were martyred. Naturally, the site holds a great value, meaning, and respect throughout European history. Paris Crema signifies the subtle play of white and beige that is primarily what the monument is made of giving you a slice of French history in the minutest way possible. Add it in your dining area or the bedroom to brighten up the space.

The Paris series, as you may gauge, is a humble and beautiful ode to the most romantic city of the world. Not only that, it brings value and an element of art and fashion to your space making it a fairly unique choice to go with. The entire collection plays with a mix of white and beige hues that will add a warm touch to the ambience while playing it differently from the usual way. Be it the Eiffel Tower or the Palace of Versailles, it's up to you which French culture you want to pay your homage to and feel closer to while remodelling your house! 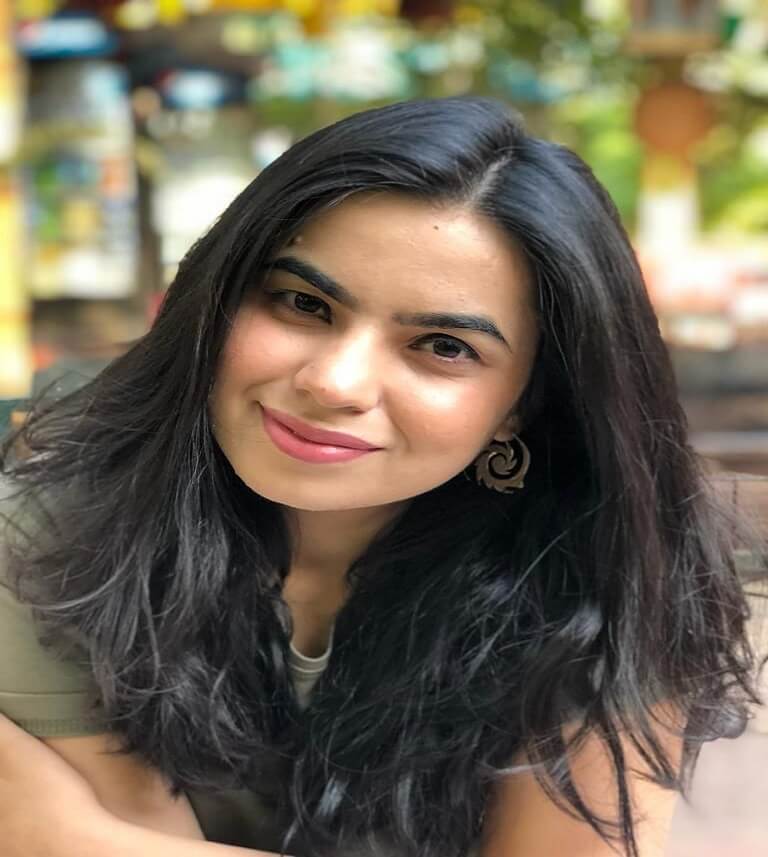 Mannika Mitra is an Arts Graduate from the Delhi University & a Post-Graduate Diploma holder in Journalism and Mass Communication. She has worked as a digital producer with new agency; ANI, NDTV & Hindustan Times before joining Orientbell Tiles as a part of their digital and content marketing team. Her interest in interior design and knowledge of tiles comes from her family of architects and Tile Shop owners. In her quest to write useful blogs that help users pick the right tiles and renovation inspiration, she frequently does research with architects, tile dealers among others. Apart from writing content for the website she loves to travel, know about various cultures and binge watch on OTT platforms.
Previous Article 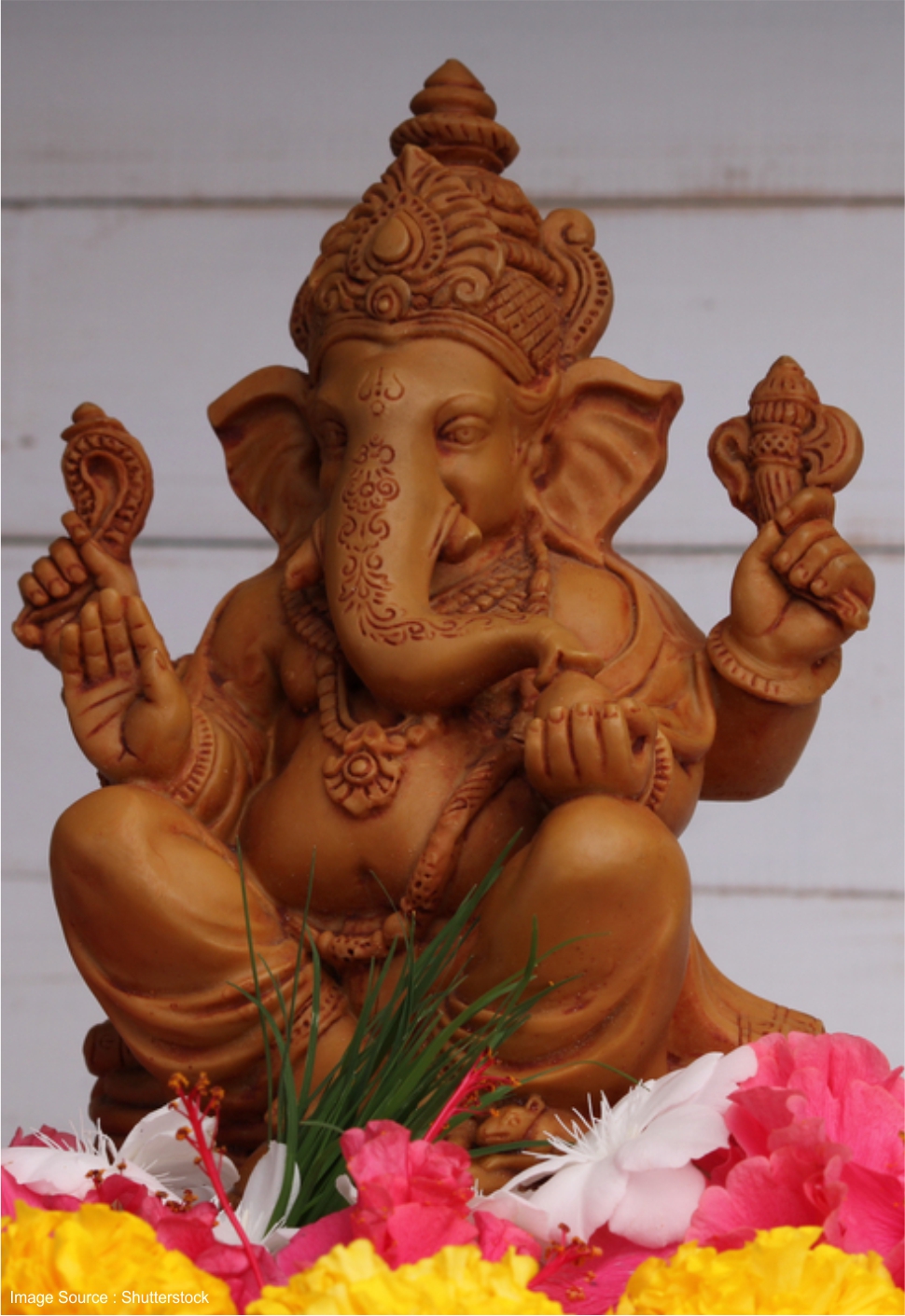 Five Vastu Rules You Should Follow This Ganesh Chaturthi
Next Article 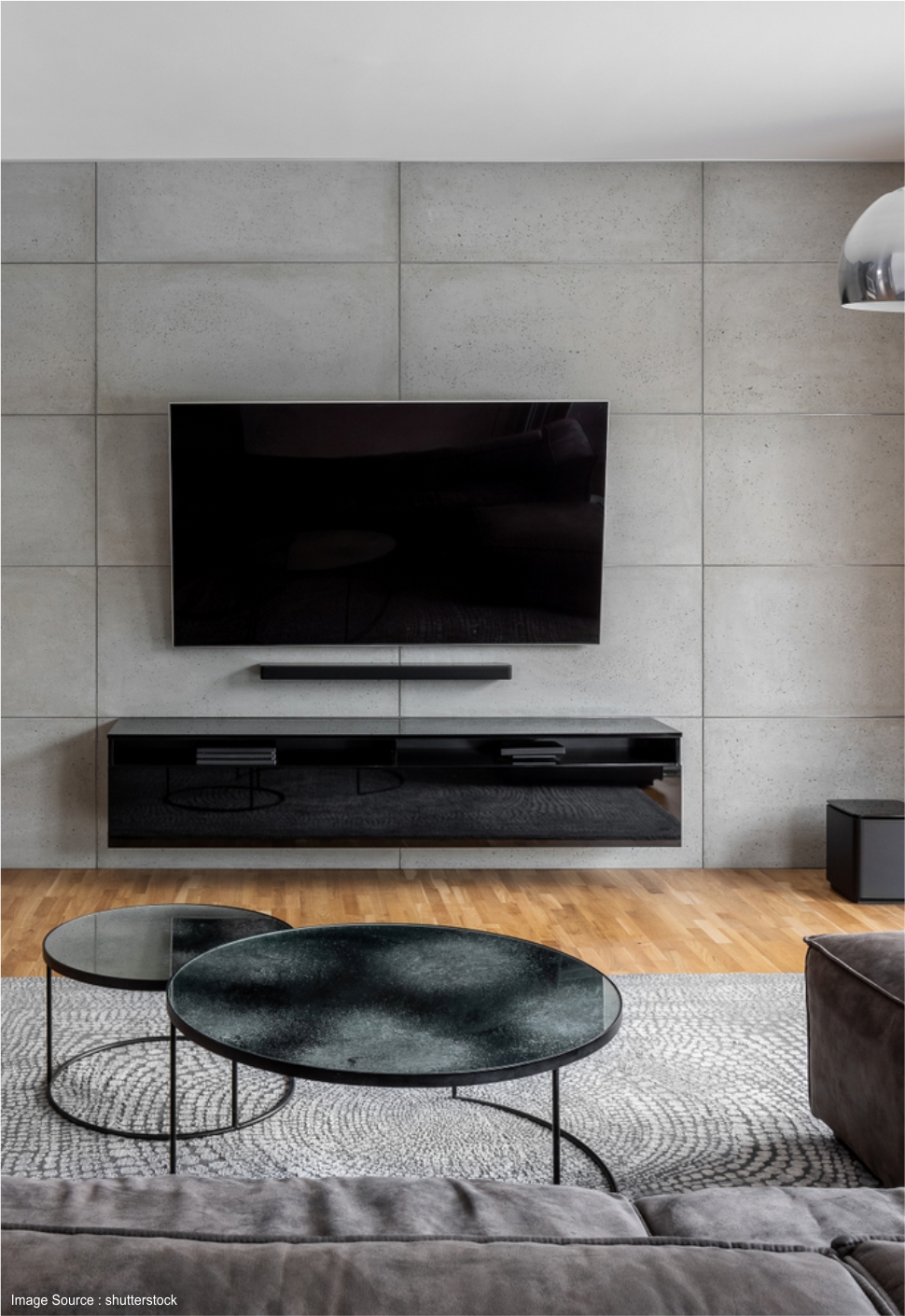 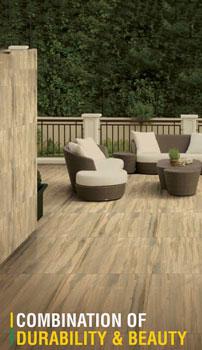 23 Feb 2019
Flooring Tips for A Perfect Open Space
We all need to breathe some fresh air every now and then. We need a few places in our household that help us unwind, contemplate and recreate ourselves. It is essential that only the best of flooring material is equipped in that space. Not to mention that they will receive highest footfalls amongst
Read More 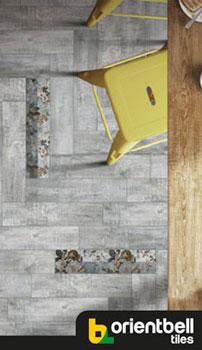 23 Feb 2019
5 Trendy Tile Ideas for Your Home
The time to start afresh is here! While we leave despairs behind, we also need to make room for some more triumph and bliss. The new year has finally arrived and so has the opportunity of extending, improving and redecorating your household. Renovation does not burn a hole in your pocket, but rathe
Read More 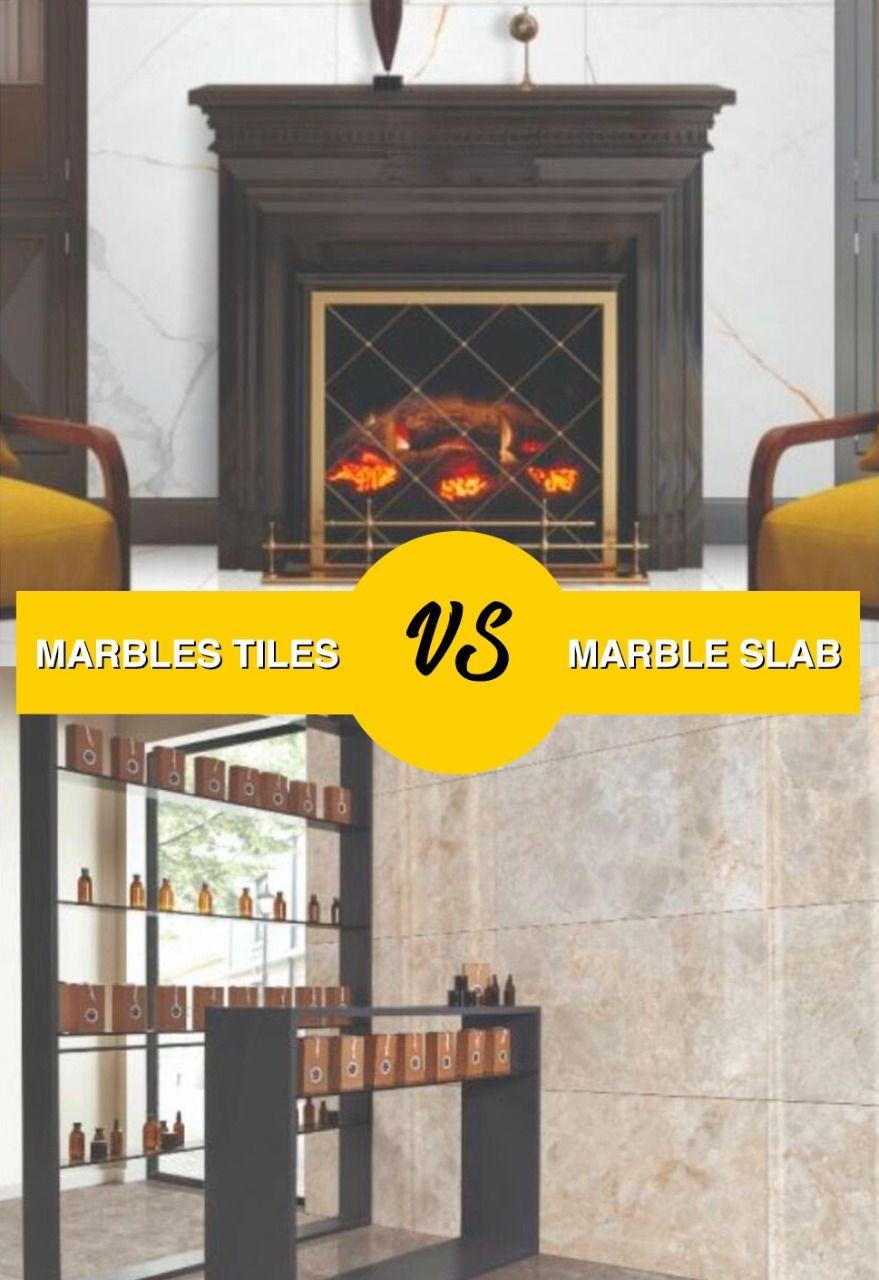 30 Jan 2021
Marble Tiles Vs Marble Slab: What is Better for Your Home
Marble has been preferred for construction activity since ancient times. Even today people love the classy and clean look of marble, but one of the factors that inhibits home buyers from installing marble in their homes is their high price. Marble tiles easily solve this problem as they replicate th
Read More 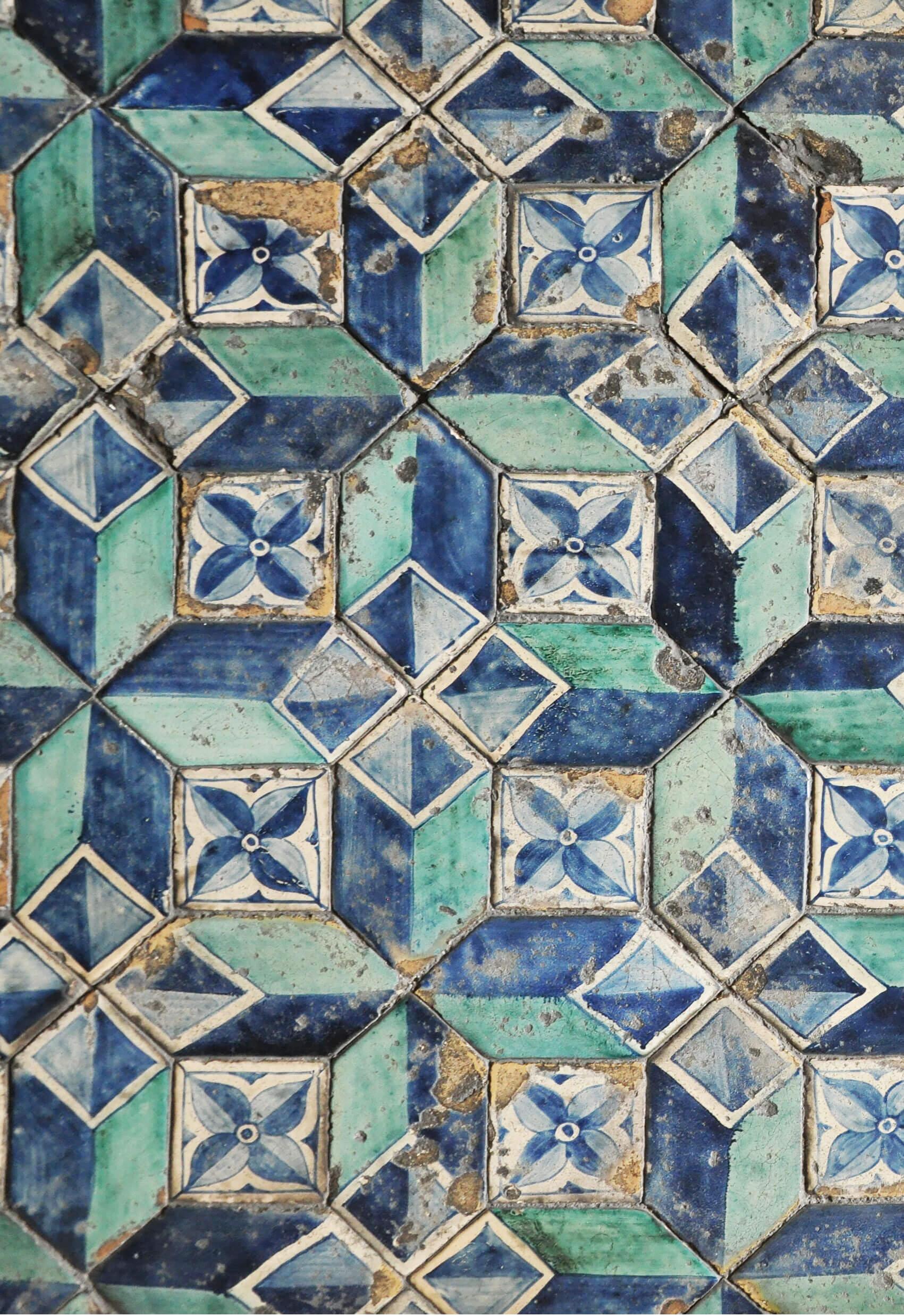 28 Nov 2019
A House Inspired by the Elegance of Spanish & Italian Tile Designs
The very mention of Spain and Italy conjures up images of beachfront villas with stunning architecture, al fresco dining, some cool breeze for company and a life full of high luxury. While being on a beach might be a little difficult, you can certainly revamp your house by adding in some prominent e
Read More 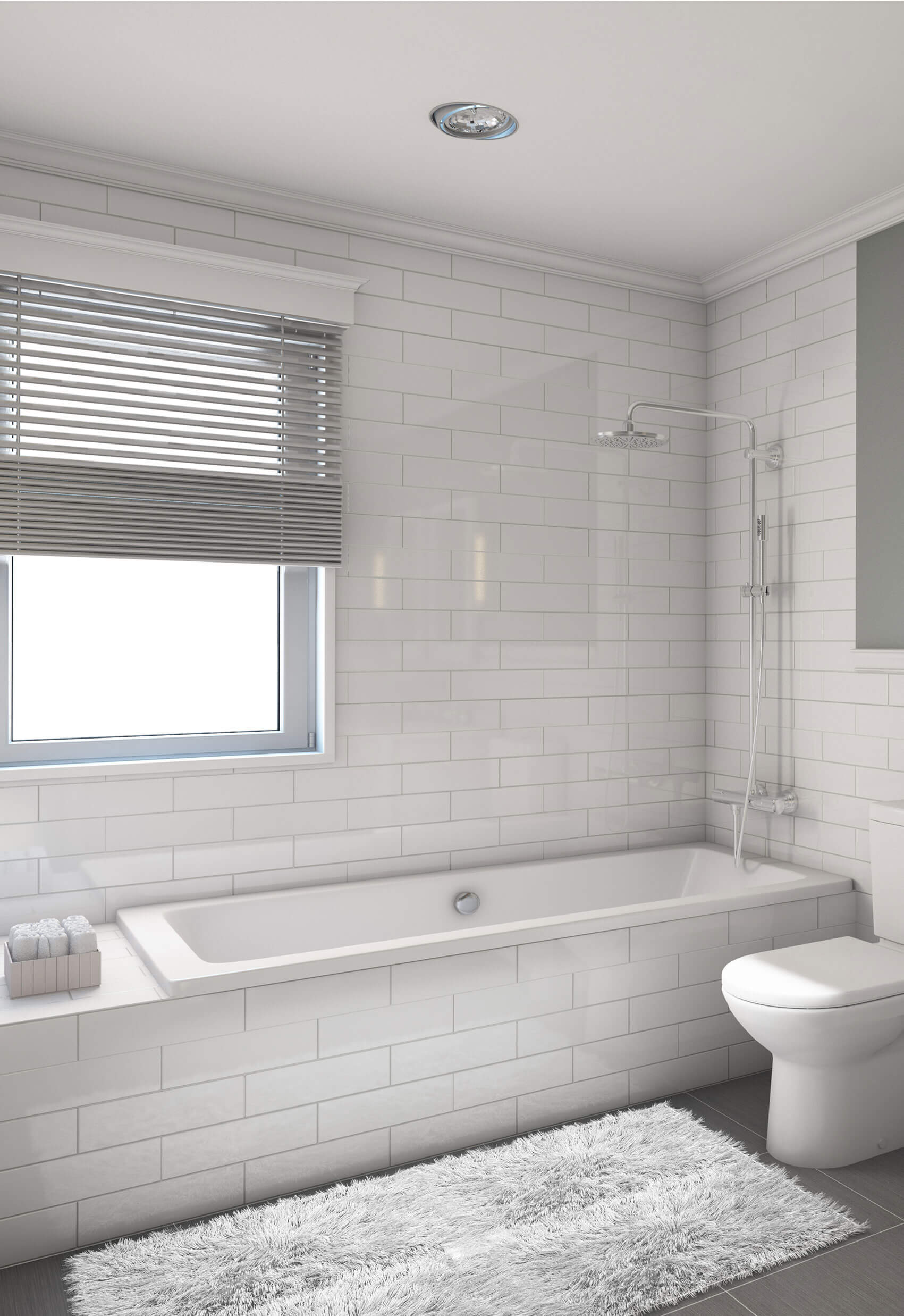 28 Nov 2019
How to Make your Bathroom Look Bigger and Better
It's a dream for most of us to own a spacious, luxurious bathroom with a massive bathtub, a separate shower panel and the most stunning accessories. Whether you live that dream or not, you can certainly decorate your bathroom in ways that’ll make it look bigger and better!
Read More

Category
Tag Clouds
Search
Featured Blogs
Flooring Tips for A Perfect Open Space
We all need to breathe some fresh air every now and then. We need a few places in our household that help us unwind, contemplate and recreate ourselves. It is essential that only the best of flooring material is equipped in that space. Not to mention that they will receive highest footfalls amongst all the areas of your household.
Latest Blogs
How To Clean Living Room Tiles
The living room is one of the essential rooms of our households. We spend the bulk of our time in the living space apart from the bedroom and workplace.
How To Keep Your Ceramic Tiles Shiny
Probably the first type that comes to our mind when we think of tiles is Ceramic, and for a good reason. Ceramic tiles have been steady in popularity since the advent of tiles.
ASK OUR TILE EXPERT
On social