Talking Architecture from the master himself, Dr Jimmy Lim

Icons of Creativity, an initiative by Orientbell Tiles, strives to showcase the journey of some of the most creative entrepreneurs around the world. Although these entrepreneurs belong to different fields, there is a common thread that binds them, which is their hard work, determination and hunger to go that extra mile.

This time we have Professor Dr. Jimmy Lim, the founder and principal of Jimmy Lim Design, Kuala Lumpur, Malaysia. Dr. Lim is internationally recognized and appreciated for his unique approach to architecture, which is uncompromising and unconventional. From creating spaces without walls to using multi-layered roofs for improving natural ventilation, he has always been someone who’s stood out with his out-of-the-box ideas.

He completed his architecture studies at the University of New South Wales in Australia, but decided to settle in Kuala Lumpur.

Former president of PAM, the Malaysian Institute of Architects, he is still an active member there. He has also been the president of Sahabat Warisan-The friends of Heritage. Dr. Lim has won numerous awards, including the PAM House Award, PAM Building Award, Commonwealth Associations of Architects Award, Norway Awards, Alumni University NSW Award and the very coveted Aga Khan Award for Architecture. He regularly gives lectures in various universities and colleges, including the School of Architecture at the Curtin University of Technology, the Western Australia University of Tasmania, and the International Islamic University, Malaysia.

In this enriching conversation with Orientbell, Dr. Lim shares his experiences and his vision in architecture. Here is an edited excerpt:

So, when you say you have had two stages of globalization in your life, what do you mean?

When you went to Australia it was a different culture, a different way of life, way of learning, the attitude and the atmosphere. So, how different were these stages for you, to learn in a different setup and to implement all your learnings in a completely different setup? Were there challenges there?

When I left for Australia, we were only three years into independence from the British. I went there at the end of 1959. I reached Sydney in early January of 1960. So, this was quite an interesting time in Malayan history as at that time there was no Malaysia and I was a Malaysian born under the British flag. In these times, education was okay but there were no really good universities over there. I suppose that is why my parents thought of sending me to a different place for my education, although my grandparents would’ve preferred if I had stayed back. So, that was the process of acquisition of knowledge. You acquire knowledge and then having acquired it, you consolidate it into yourself. Having learned something, you then apply it, which is the knowledge application. These are the three stages of one self’s education

We know for sure that you have this graph or a chart where you so beautifully explain the three stages of knowledge acquisition. Can you explain the concept of that chart to us and what exactly it represents? Also, you’ve always talked about this invisible intellectual ceiling. Do tell us about that too.

Yes, the Invisible intellectual ceiling. You see, we acquire knowledge at different stages in our lives. We acquire secondary education, then go on to universities and acquire the tertiary tier education, the bachelor’s degree as it commonly is known. So, what happens is that people let this fact in their head that they’ve attained a certain level of education or knowledge and then they start functioning at that level. What happens is that over a period of time, you start to slide down from that level because your growth stops and slides into mediocrity. So, what I do is that I make sure that when this starts happening, I take my X-axis and Y-axis from the graph and make that level my zero. This helps me go upwards again as the level I thought I have achieved, has again become zero and now I have a certain other level to achieve. This helps me keep myself going. People generally don’t revisit what they’ve obtained resulting in a downhill slide. This is what I call the invisible intellectual ceiling. Architect Simran Boparai Opened Pandora of Secrets About Choosing Tiles for Her Projects. On World Architecture Day, Orientbell Tiles Celebrates Those Who #DesignADream 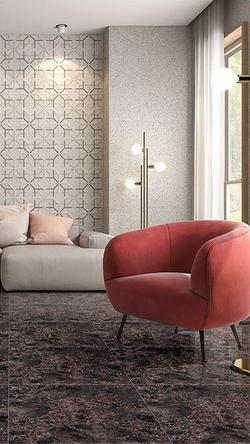 01/11/22 Is Tile a Good Choice For The Living Room Floor? Author: Mannika Mitra 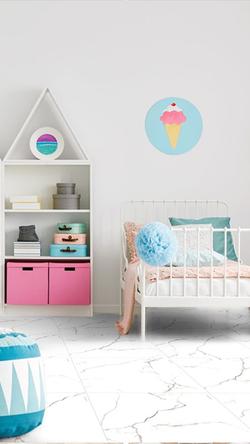 Get updates on the latest tile designs...

Enter your email to recieve the most hottest news